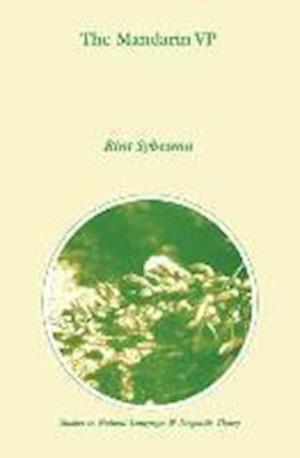 The Mandarin VP deals with a number of constructions in Mandarin Chinese which involve the main verb and the material following it, like the object NPs, resultative phrases, durative expressions and other elements. The basis claim defended in this book is that all elements that follow the main verb in a Mandarin sentence form one single constituent which functions as the complement of the verb. The Mandarin VP offers new and original analyses of such hot issues as resultative constructions, the ba-construction and verb-le. In addition, the conclusions drawn from the research into Mandarin syntax are discussed in more general theoretic terms, which leads to original proposals regarding the internal make-up of accomplishments and the status of Theta Theory. The research reported on in this book was concluded within the bounds of mainstream generative theorizing. The Mandarin VP is of interest to all syntacticians, especially those interested in Chinese.