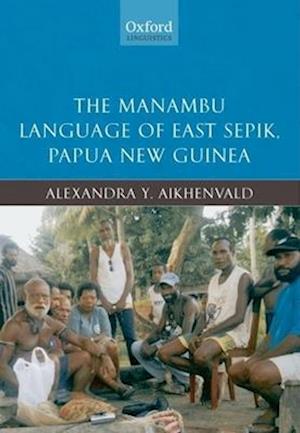 Conventional wisdom tells us that marriage was illegal for African Americans during the antebellum era, and that if people married at all, their vows were tenuous ones: "until death or distance do us part." It is an impression that imbues beliefs about black families to this day. But it's a perception primarily based on documents produced by abolitionists, the state, or other partisans. It doesn't tell the whole story.Drawing on a trove of less well-known sources including family histories, folk stories, memoirs, sermons, and especially the fascinating writings from the Afro-Protestant Press,'Til Death or Distance Do Us Part offers a radically different perspective on antebellum love and family life.Frances Smith Foster applies the knowledge she's developed over a lifetime of reading and thinking. Advocating both the potency of skepticism and the importance of story-telling, her book shows the way toward a more genuine, more affirmative understanding of African American romance, both then and now.Tom Bingham is among the most influential judges of the twentieth century, having occupied in succession the most senior judicial offices, Master of the Rolls, Lord Chief Justice and, currently, Senior Law Lord. His judicial and academic work has deeply influenced the development of the law in a period of substantial legal change. In particular his role in establishing the new UK Supreme Court, and his views on the rule of law and judicial independence have left aprofound mark on UK constitutional law. He has also been instrumental in championing the academic and judicial use of comparative law, through his judicial work and involvement with the British Institute of International and Comparative Law.This volume collects around fifty essays from colleagues and those influenced by Lord Bingham, from across academia and legal practice. The essays survey Lord Bingham's pivotal role in the transformations that have taken place in the legal system during his career.This book presents the first comprehensive description of the Manambu language of Papua New Guinea. Manambu belongs to the Ndu language family, and is spoken by about 2,500 people in five villages: Avatip, Yawabak, Malu, Apa:n, and Yambon (Yuanab) in East Sepik Province, Ambunti district. About 200-400 speakers live in the cities of Port Moresby, Wewak, Lae, and Madang; and a few live in Kokopo and Mount Hagen. The book is based entirely on the author's fieldwork.After an introductory account of the language and its speakers, Professor Aikhenvald devotes chapters to phonology, grammatical relations, word classes, gender, semantics, number, case, possession, derivation and compounding, pronouns, morphology, verbs, mood and modality, negation, clauses, pragmatics, discourse, semantics, the lexicon, current directions of change, and genetic relationship to other languages. The description is presented in a clear style in a framework that will becomprehensible to all linguists and linguistic anthropologists.

Forfattere
Bibliotekernes beskrivelse Frances Smith Foster offers a groundbreaking new portrait of early African American marriage, upending the conventional wisdom that marriage was illegal for African Americans during the antebellum era, or that if people married at all, their vows were tenuous ones.Tom Bingham is among the most influential judges of the twentieth century. This volume collects around fifty essays from colleagues and those influenced by Lord Bingham, from across academia and legal practice. The essays survey Lord Maps, illustrations,