The Management of Marine Regions: The North Pacific 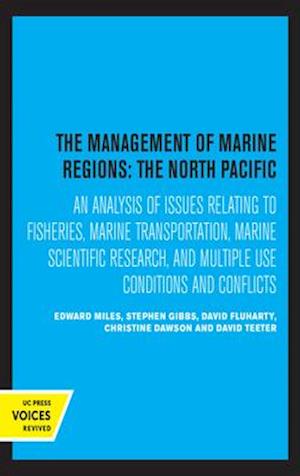 The North Pacific Project was established at the Institute for Marine Studies, University of Washington, in September 1976, and was funded by the Rockefeller Foundation. This funding eventually covered the period September 1, 1976 to August 31, 1980. The Project seeks to identify and describe in detail the major marine policy problems of the North Pacific region. This title is part of UC Press's Voices Revived program, which commemorates University of California Press's mission to seek out and cultivate the brightest minds and give them voice, reach, and impact. Drawing on a backlist dating to 1893, Voices Revived makes high-quality, peer-reviewed scholarship accessible once again using print-on-demand technology. This title was originally published in 1982.