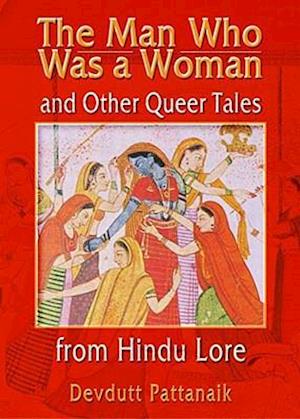 A god transforms into a nymph and enchants another god.A king becomes pregnant.A prince discovers on his wedding night that he is not a man.Another king has children who call him both father and mother. A hero turns into a eunuch and wears female apparel. A princess has to turn into a man before she can avenge her humiliation. Widows of a king make love to conceive his child. Friends of the same sex end up marrying each other after one of them metamorphoses into a woman. These are some of the tales from Hindu lore that this unique book examines. The Man Who Was a Woman and Other Queer Tales from Hindu Lore is a compilation of traditional Hindu stories with a common thread: sexual transformation and gender metamorphosis. In addition to the thought-provoking stories in The Man Who Was a Woman and Other Queer Tales from Hindu Lore, you'll also find: an examination of the universality of queer narratives with examples from Greek lore and Irish folklore a comparison of the Hindu paradigm to the biblical paradigm a look at how Hindu society and Hindu scripture responds to queer sexuality a discussion of the Hijras, popularly believed to be the "third gender" in India--their probable origin, and how they fit into Hindu societyWith the telling of each of these tales, you will also learn how the author came upon each of them and how they relate to the context of dominant Hindu attitudes toward sex, gender, pleasure, fertility, and celibacy.