The Making of the European Union 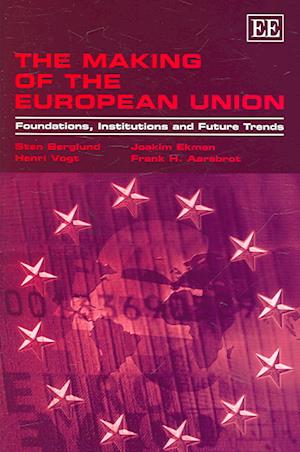 The Making of the European Union argues that the process of European integration has drifted into serious crisis, perhaps the most serious since the Danes voted against the Treaty of the European Union in 1992. French and Dutch voters blatantly rejected the Treaty establishing a Constitution for Europe in the summer of 2005, thus freezing the constitutional process for at least a year. The outcome of these referenda indicates that the views and attitudes of average Europeans have not been sufficiently listened to.Analysing the conditions for European integration, this book applies a citizens' or 'bottom-up' perspective on the integration process. The difficulties that the constitutional process has encountered illustrate the relevance of bringing public opinion into the analysis of the prospects for European integration. The book describes and analyses the historical, mental, intellectual, and attitudinal denominators of European integration, denominators that have shaped the processes so far and will continue to do so in the future. The authors apply a broad comparative perspective, where European nation-states constitute the primary units of analysis. The focus is on the foundations of European integration, public views about the EU, including various shades of Euroscepticism, and the long-term prospects of the EU.This is a fascinating and penetrating look at the EU and will therefore appeal to a wide audience including scholars and researchers in the social sciences - particularly political science, comparative politics and European studies. The book will also be of great interest to journalists and all those involved in the EU, including policy makers and civil servants throughout the EU itself.