The Making of the Banlieue 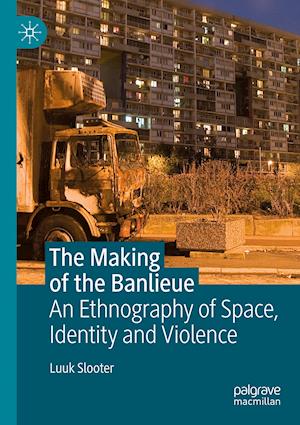 This book studies and disaggregates the "crisis of the suburbs" in Paris through the stories of inhabitants in 4000sud: a French suburban neighborhood. These stories have become pressing in the aftermath of the recent wave of terrorist attacks in France. The French banlieues are some of the most prominent and infamous examples of urban neighborhoods affected by vandalism, rioting, criminality and chronic poverty. Based on extensive ethnographic research, the book explores the making of the French suburban crisis as constituted both externally (by state actors) and internally, by young people at the street corner. It reveals how the French state's understanding of banlieue violence, and subsequent policy measures, contribute to the creation and hardening of boundaries between "us" and "them". The book takes the reader on a journey from the city center of Paris to the heart of neighborhood 4000sud. It unveils how young suburban residents try to cope simultaneously with the negative images imposed on them from the outside, and the disciplinary expectations of their peers on the street. In search for identity and dignity they navigate life through diverging strategies: they escape the neighborhood, contest stereotypical images through (violent) protest, or confirm and act out the image of "gangster from the ghetto". Drawing on Urban Sociology, Human Geography, and Cultural Anthropology, this book offers new analytical vocabularies to understand the connections between place-making processes, social identity dynamics and violent performances. The book is written for a broad audience of students, scholars and policy makers interested in contemporary (sub)urban violence in Europe.