The Making of Shareholder Welfare Society 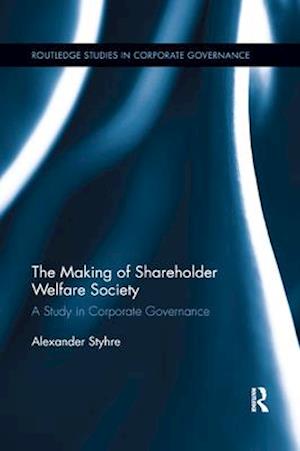 The Making of Shareholder Welfare Society traces and accounts for the debates and discussions between law and economics scholars and mainstream legal scholars, management theorists, and economic sociologists. This is done in detail to demonstrate that the shareholder welfare society was built from the bottom up, beginning with theoretical propositions regarding alleged market efficiencies and leading all the way to the idea that a society characterized by economic freedom and efficiency maximization pave the way for uncompromised shareholder welfare, in turn being good for everyone.This book is of relevance for a variety of readers, including graduate students, management scholars, policy-makers, and management consultants, as well as those that are concerned about how the economic system of competitive capitalism is now in a position where it is riddled by doubts and concern, not the least as the levels of economic inequality is soaring. It addresses the topics with regard to corporate governance, accounting and society and will be of interest to researchers, academics, students, and members of the general public that are concerned about the economic system of competitive capitalism.