The Making of Modern China 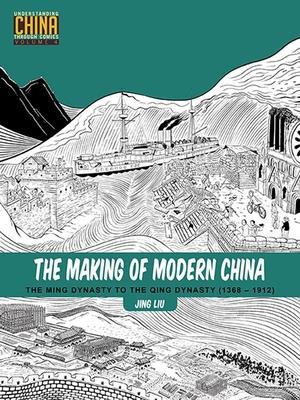 The fourth volume in a series, builds on philosophical, economic, and political ideas introduced in the previous volumes.This is the only comic or graphic novel of its kind that addresses Chinese history both accessibly and accurately for all age levels.Taps into librarians, educators, and parents who are looking for ways to get students and children reading about China, and who are often looking for such resources themselves too. This is THE go-to graphic novel resource on China.Not just an informative read though, this book is also full of gripping narratives about dynastic struggles, fierce battles, and colorful characters.Already blurbed by Amy Tan, the author is a well-known figure in expat communities in China, having worked with The BBC, The Ford Foundation, and UNICEF.A previous edition of a volume in this series published on CreateSpace was a 2012 INDIEFAB Book of the Year Award Finalist in Graphic Novels and Comics and was featured on Jeremy Paxman's BBC Newsnight.

Forfattere
Bibliotekernes beskrivelse "An excellent introduction to the large trends of early Chinese history; ideal for those new to the subject." School Library Journal