- From Plan to WTO Entry 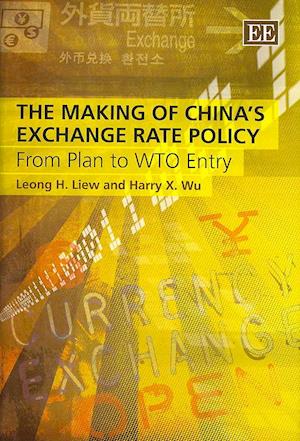 This book examines the major economic and political factors influencing China's exchange rate policies from the foundation of the People's Republic to the present. It considers how national economic and political priorities, international influences, domestic institutional interests and the new constraints imposed by China's rapidly globalising post-Mao economy determine exchange rate policy. The authors argue that China's exchange rate decisions were not made simply in response to external pressures, rather that they were formed on the basis of domestic assessments of domestic circumstances to serve domestic interests. They go on to illustrate that such decisions are made on the basis of what policymakers perceive are the nation's best interests, and thus constitute dynamic interplay between national priorities and the interests of institutional and non-institutional actors in the policy arena.Fulfilling the demand for further research on how China formulates exchange rate policy, this book will strongly appeal to a wide-ranging audience including: students, academics and researchers with an interest in political economy, Asian studies, international relations, comparative politics, international business and international economics and finance. Policymakers and bankers will also find much to interest them in this book.