The Making of an Imperial Polity

- Civility and America in the Jacobean Metropolis 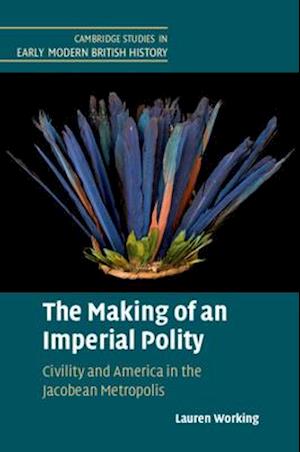 Bringing to life the interaction between America, its peoples, and metropolitan gentlemen in early seventeenth-century England, this book argues that colonization did not just operate on the peripheries of the political realm, and confronts the entangled histories of colonialism and domestic status and governance. The Jacobean era is reframed as a definitive moment in which the civil self-presentation of the elite increasingly became implicated in the imperial. The tastes and social lives of statesmen contributed to this shift in the English political gaze. At the same time, bringing English political civility in dialogue with Native American beliefs and practices speaks to inherent tensions in the state's civilizing project and the pursuit of refinement through empire. This significant reassessment of Jacobean political culture reveals how colonizing America transformed English civility and demonstrates how metropolitan politics and social relations were uniquely shaped by territorial expansion beyond the British Isles. This title is also available as Open Access.

Forfattere
Bibliotekernes beskrivelse Bringing to life the interaction between America, its peoples, and statesmen in early seventeenth-century England, this book offers new perspectives on Jacobean tastes and political culture, confronting the histories of colonialism and domestic political development. This title is also available as Open Access. Worked examples or Exercises; 8 Halftones, black and white