The Making of a Modern Temple and a Hindu City 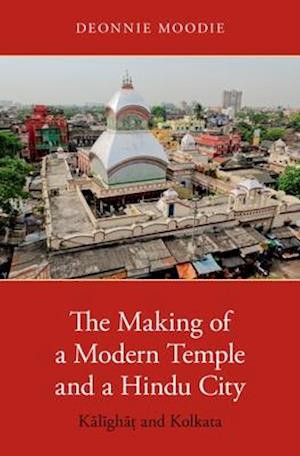 Kalighat is said to be the oldest and most potent Hindu pilgrimage site in the city of Kolkata (formerly Calcutta). It is home to the dark goddess Kali in her ferocious form and attracts thousands of worshipers a day, many sacrificing goats at her feet. In The Making of a Modern Temple and a Hindu City, Deonnie Moodie examines the ways middle-class authors, judges, and activists have worked to modernize Kalighat over the past long century. Rather than beingrejected or becoming obsolete with the arrival of British colonialism and its accompanying iconoclastic Protestant ideals, the temple became a medium through which middle-class Hindus could produce and publicize their modernity, as well as the modernity of their city and nation. That trend continued and evenstrengthened in the wake of India's economic liberalization in the 1990s. Kalighat is a superb example of the ways Hindus work to modernize India while also Indianizing modernity through Hinduism's material forms. Moodie explores both middle-class efforts to modernize Kalighat and the lower class's resistance to those efforts. Conflict between class groups throws into high relief the various roles the temple plays in peoples' lives, and explains why the modernizers have struggled to bring theirplans to fruition. The Making of a Modern Temple and a Hindu City is the first scholarly work to juxtapose and analyze processes of historiographical, institutional, and physical modernization of a Hindu temple.

Forfattere
Bibliotekernes beskrivelse "Middle-class Hindus have worked to modernize Kaalaighaaot - the most famous Hindu temple in Kolkata - over the past long century. Rather than being rejected with the onslaught of European modernity, the temple became a facet through which Hindus could produce and publicize their modernity, as well as their cities' and their nation's"-- 18