The Making and Unmaking of Empires 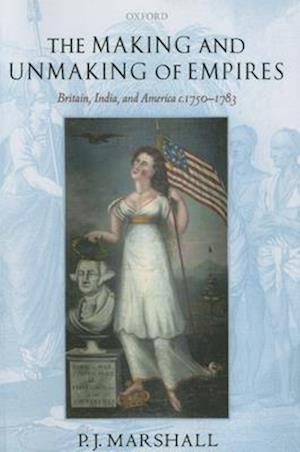 This book addresses systematically and quantitatively the role of educational attainment in global population trends and models. Seven background chapters summarize past trends in fertility, mortality, migration, and education; examine relevant theories and identify key determining factors; and set the assumptions that are subsequently translated into alternative scenario projections to 2100. These assumptions derive from a global survey of hundreds of experts andfive expert meetings on as many continents. Another chapter details their translation into multi-dimensional projections by age, sex, and level of education. The book's final chapters analyse the results, emphasizing alternative trends in human capital, new ways of studying ageing and thequantification of alternative population, and education pathways in the context of global sustainable development. An appendix and associated web link present detailed results for all countries. The book shows that adding education to age and sex substantially alters the way we see the future.In The Making and Unmaking of Empires P. J. Marshall, distinguished author of numerous books on the British Empire and former Rhodes Professor of Imperial History, provides a unified interpretation of British imperial history in the later eighteenth century. He brings together into a common focus Britain's loss of empire in North America and the winning of territorial dominion in parts of India and argues that these developments were part of a single phaseof Britain's imperial history, rather than marking the closing of a 'first' Atlantic empire and the rise of a 'second' eastern one. In both India and North America Britain pursued similar objectives in this period. Fearful of the apparent enmity of France, Britain sought to secure the interests overseas which were thought to contribute so much to her wealth and power. This involved imposing a greater degree of control over colonies in America and over the East India Company and its new possessions in India. Aspirations to greater control also reflected an increasing confidence in Britain's capacity to regulate the affairsof subject peoples, especially through parliament. If British objectives throughout the world were generally similar, whether they could be achieved depended on the support or at least acquiescence of those they tried to rule. Much of this book is concerned with bringing together the findings of the rich historical writing on both post-Mughal India and late colonial America to assess the strengths and weaknesses of empire in different parts of the world. In North America potential allies who were closely linked to Britain in beliefs, cultureand economic interest were ultimately alienated by Britain's political pretensions. Empire was extremely fragile in two out of the three main Indian settlements. In Bengal, however, the British achieved a modus vivendi with important groups which enabled them to build a secure base for the futuresubjugation of the subcontinent.