- Affective Geography in a Postwar Polity 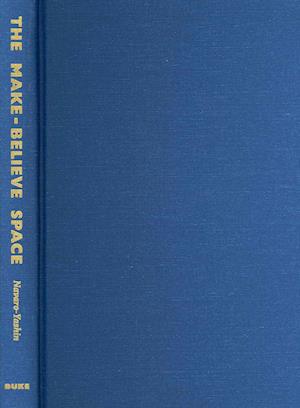 The Make-Believe Space is a book of ethnographic and theoretical meditation on the phantasmatic entanglement of materialities in the aftermath of war, displacement, and expropriation. "Northern Cyprus," carved out as a separate space and defined as a distinct (de facto) polity since its invasion by Turkey in 1974, is the subject of this ethnography about postwar politics and social relations. Turkish-Cypriots' sociality in a reforged geography, rid of its former Greek-Cypriot inhabitants after the partition of Cyprus, forms the centerpiece of Yael Navaro-Yashin's conceptual exploration of subjectivity in the context of "ruination" and "abjection." The unrecognized state in Northern Cyprus unfolds through the analytical devices that she develops as she explores this polity's administration and raison d'etre via affect theory. Challenging the boundaries between competing theoretical orientations, Navaro-Yashin crafts a methodology for the study of subjectivity and affect, and materiality and the phantasmatic, in tandem. In the process, she creates a subtle and nuanced ethnography of life in the long-term aftermath of war.

Forfattere
Bibliotekernes beskrivelse Looks at the Turkish territory of Northern Cyprus, a self-defined state, which is actually imaginary (because it is only recognized by Turkey). This title examines the sense of haunted property and objects lost and gained in the partition, along with people's relation to the fictive remapping of places and history by this new state. 12 photographs