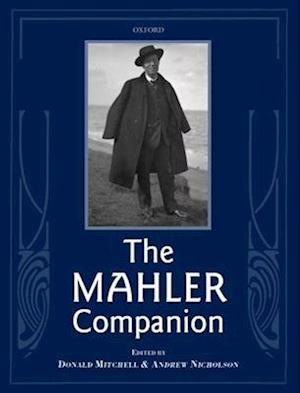 The Mahler Companion consists of a collection of original essays on Mahler written especially for the occasion by Mahler specialists from around the world. It addresses all parts of his life and work - symphonies, songs and song-cycles (each of which is discussed individually), his conducting activities, compositional habits, and aesthetic development - and sets these within the cultural and political context of his time. In addition, it responds to the globalspread of this remarkable composer's music, and an almost universal fascination with it, by attempting to give an account of the reception of Mahler's music in many of the countries in which it eventually came to flourish, eg. Holland, France, Japan, Russia, England, and the United States. Thisparticular series of chapters reveals that the 'Mahler Phenomenon' earned its description principally in the years after the Second World War, but also that the Mahler revival was already well under way pre-war, perhaps especially in England and the States, and most surprisingly of all, Japan.The selection of contributors, who between them cover all Mahler's musical output, shows that here too this volume significantly crosses national boundaries. The very diverse approaches, analyses and commentaries, amply illustrated with music examples, are evidence of the uniquely rich and complex character of a music that spans more than one culture and more than one century. The volumes includes the most significant and up-to-date Mahler research and debate, and illumines some hithertounexplored areas of Mahler's life eg. his visit to London in 1892, his sculptor daughter, Anna, and the hall in which the Seventh Symphony was first performed in Prague in 1908.It has often been claimed that Mahler, born in 1860, was in fact a prophet of much that was to come in the 20th century. His later works undeniably anticipate, often with dazzling virtuosity, many of the principal techniques and aesthetics of the new century, only the first decade of which he lived to see. Small wonder that among his earliest admirers was a collective of some of the most important and innovative composers of our time, Schoenberg, Berg, and Webern. Their successors (Copland,Shostakovich, and Britten, to name a few) were to range across contrasting cultures and national frontiers.Drawing on the best resources and the most up-to-date information about the composer, this volume fulfils the need in Mahler literature for a genuinely comprehensive guide to the composer and will be the authoritative guide for Mahler enthusiasts for years to come.

Forfattere
Bibliotekernes beskrivelse In this title, Mahler specialists write about his music from a variety of standpoints. Chapters document the global spread of the composer's own symphonies and song cycles. Unexplored areas of research receive attention, both places (such as London and Prague) and people (Mahler's only surviving and highly talented daughter--a sculptor--Anna). numerous halftones and music examples