The Magpies: The Ecology and Behaviour of Black-billed and Yellow-billed Magpies 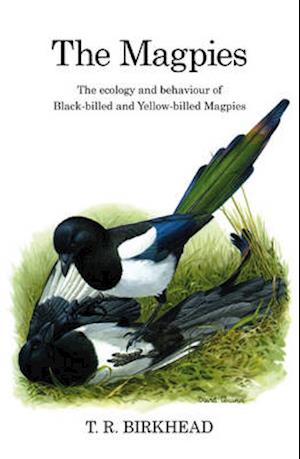 Magpies are unmistakeable in their appearance, voice and extrovert, arrogant manner. While their persecution at the hands of gamekeepers over the last hundred years has made them wary and difficult to approach, a number of recent field studies, both in Europe and North America, have successfully revealed the intricacies of the magpie way of life. Two species of magpie feature in this book, the Black-billed Magpie, familiar to most Europeans, which occurs throughout much of the northern hemisphere, and the Yellow-billed Magpie, which is confined to California. Tim Birkhead has studied both species, and has produced a fascinating account of their ecology and behaviour. Many of the results from his ten-year study of magpies in northern England are published here for the first time. Particularly revealing however is his comparison of the two species and of their different races. Magpies occur in a wide range of habitats, including English farmland, the deserts of North America, the mountains of Saudi Arabia and the windswept plateaus of Tibet. As this book explains, magpies are able to exploit this diversity of habitats largely through their remarkably flexible social behaviour.The Magpies covers all aspects of their lives, including their marital relationships, food hoarding behaviour, longevity and survival, nesting behaviour, breeding success and their controversial relationship with man. The text is supported by numerous photographs, diagrams and tables, and superb illustrations by David Quinn. Illustrated by David Quinn