The Magnetospheric Cusps: Structure and Dynamics 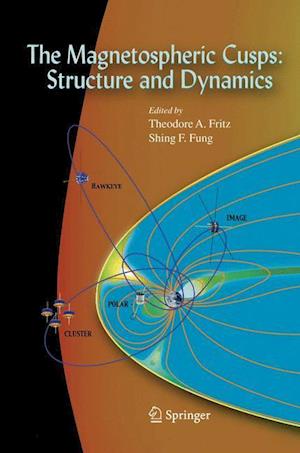 This collection of papers will address the question "What is the Magnetospheric Cusp?" and what is its role in the coupling of the solar wind to the magnetosphere as well as its role in the processes of particle transport and energization within the magnetosphere. The cusps have traditionally been described as narrow funnel-shaped regions that provide a focus of the Chapman-Ferraro currents that flow on the magnetopause, a boundary between the cavity dominated by the geomagnetic field (i.e., the magnetosphere) and the external region of the interplanetary medium. Measurements from a number of recent satellite programs have shown that the cusp is not confined to a narrow region near local noon but appears to encompass a large portion of the dayside high-latitude magnetosphere. It appears that the cusp is a major source region for the production of energetic charged particles for the magnetosphere. This book will be of great interest to scientists in Space Physics as well as to those working in research organizations in governments and industries, university departments of physics, astronomy, space physics, and geophysics. Part of this book has already been published in a journal.