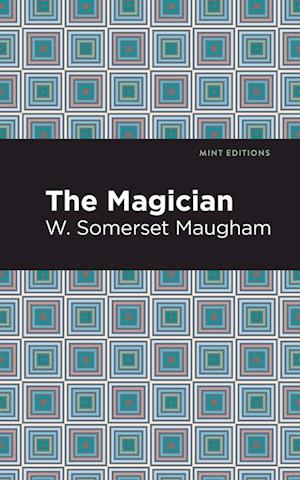 The Magician (1909) is a novel by W. Somerset Maugham. Controversial for its portrayal of infidelity and occult ritual, The Magician was instrumental in establishing Maugham's reputation as a leading author of the late Victorian era. Inspired by stories of Aleister Crowley, an influential occultist and magician, Maugham crafted a masterpiece of fantasy fiction that would inspire Crowley himself to write a hit piece for Vanity Fair erroneously accusing the novelist of plagiarism. Arthur Burdon has everything he could ever want. A successful career as a surgeon, financial stability, a beautiful young fiancee-everything. On a trip to Paris to visit Margaret, who is studying to be an artist, he meets a man named Oliver Haddo, a magician and acquaintance of Burdon's teacher Dr. Porhoet. Although Arthur, his fiancee, and their friends are initially impressed with Haddo's magic tricks, things soon take a strange turn when Margaret elopes with the mysterious magician. Distraught, Arthur retreats from life to dedicate himself to his work at the hospital. When Oliver and Margaret show up at a party in London, however, Arthur becomes convinced that his ex-lover is being held against her will. The Magician is a sinister tale of desire, disappointment, and the occult by a master stylist with a keen sense of the complications inherent to human nature. With a beautifully designed cover and professionally typeset manuscript, this edition of W. Somerset Maugham's The Magician is a classic work of British literature reimagined for modern readers.