The Magic of Technology

- The Machine as a Transformation of Slavery 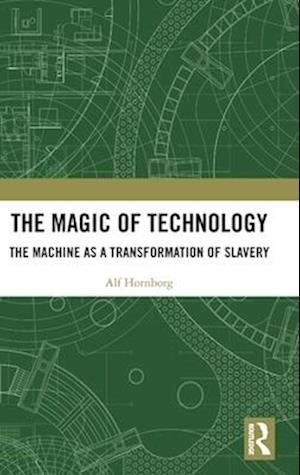 This book examines our understanding of technology and suggests that machines are counterfeit organisms that seem to replace human bodies but are ultimately means of displacing workloads and environmental loads beyond our horizon. It emphasizes that technology is not the politically neutral revelation of natural principles that we tend to think, but largely a means of accumulating, through physically asymmetric exchange, means of harnessing natural forces to reinforce social relations of power. Alf Hornborg reflects on how our cultural illusions about technology appeared in history and how they continue to stand in the way of visions for an equal and sustainable world. He argues for a critical reconceptualization of modern technology as an institution for redistributing human time, resources, and risks in world society. The book highlights a need to think of world trade in other terms than money and raises fundamental questions about the role of human-artifact relations in organizing human societies. It will be of interest to a range of scholars working in anthropology, sociology, economics, development studies, and the philosophy of technology.