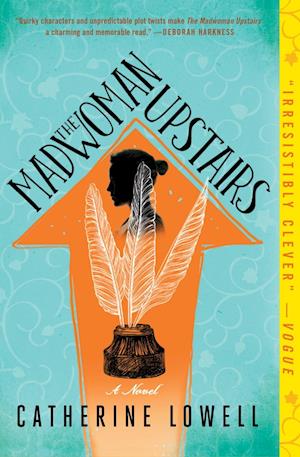 In Catherine Lowell's smart and original debut novel--"an enjoyable academic romp that successfully combines romance and intrigue" (Publishers Weekly)--the only remaining descendant of the Bront family embarks on a modern-day literary treasure hunt to find the family's long-rumored secret estate, using only the clues her father left behind and the Bront s' own novels. Samantha Whipple is used to stirring up speculation wherever she goes. Since her eccentric father's untimely death, she is the presumed heir to a long-rumored trove of diaries, paintings, letters, and early novel drafts passed down from the Bront family--a hidden fortune never revealed to anyone outside of the family, but endlessly speculated about by Bront scholars and fanatics. Samantha, however, has never seen this alleged estate and for all she knows, it's just as fictional as Jane Eyre or Wuthering Heights. But everything changes when Samantha enrolls at Oxford University and long lost objects from the past begin rematerializing in her life, beginning with an old novel annotated in her father's handwriting. With the help of a handsome but inscrutable professor, Samantha plunges into a vast literary mystery and an untold family legacy, one that can only be solved by decoding the clues hidden within the Bront s' own works. A fast-paced adventure from start to finish, The Madwoman Upstairs is a smart and original novel and a moving exploration of what happens when the greatest truth is, in fact, fiction.