The Macroeconomics of Open Economies Under Labour Mobility 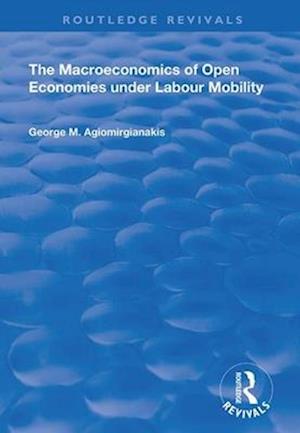 First published in 1999, this study recognises the importance of international labour mobility for modern economics. This is in large part due to its effects on the size, age structure and skills of the labour force, the human flow between countries and the expected rise in scale as a result of income differentials, demographic pressures and differential labour-force growth rates along with developments in transport and communications. These migrations are increasingly volatile and unpredictable, whilst being concentrated in regions like Australia, the USA, Sub-Saharan Africa and Western Europe. Given the extensive literature on the microeconomic view, George M. Agiomirgianakis aims to extend the debate on open economy macroeconomics through an exploration of international labour mobilities and their effects on open economies with flexible exchange rates.