Lynching of Emmett Till 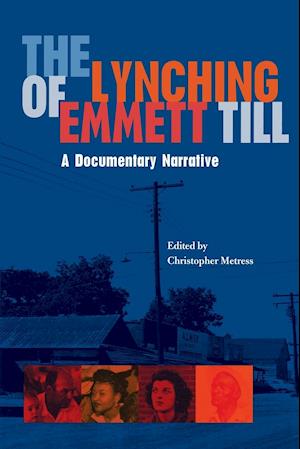 At 2:00 A.M. on August 28, 1955, fourteen-year-old Emmett Till, visiting from Chicago, was abducted from his great-uncle's cabin in Money, Mississippi, and never seen alive again. When his battered and bloated corpse floated to the surface of the Tallahatchie River three days later and two local white men were arrested for his murder, young Till's death was primed to become the spark that set off the civil rights movement.

Exploring the means by which historical events become part of the collective social memory, The Lynching of Emmett Till is both an anthology that tells an important story and a narrative about how we come to terms with key moments in history.

Forfattere
Bibliotekernes beskrivelse On August 28, 1955, 14-year-old Emmett Till was abducted from his great-uncle's cabin in Mississippi and killed. With a collection of more than 100 documents, Metress retells Till's story in a unique and daring wayQjuxtaposing news accounts and investigative journalism with memoirs, poetry, and fiction.