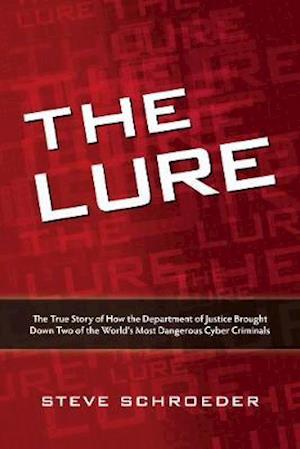 Beginning in the fall of 1999, a number of Internet-related businesses and financial institutions in the United States suffered computer intrusions or "hacks" that originated from Russia. The hackers gained control of the victims' computers, copied and stole private data that included credit card information, and threatened to publish or use the stolen credit cards or inflict damage on the compromised computers unless the victims paid money or gave the hackers a job. Some of the companies gave in and paid off the hackers. Some decided not to. The hackers responded by shutting down parts of their networks and using stolen credit card numbers to order thousands of dollars' worth of computer equipment. THE LURE is the true, riveting story of how these Russian hackers, who bragged that the laws in their country offered them no threat, and who mocked the inability of the FBI to catch them, were caught by an FBI lure designed to appeal to their egos and their greed. The story of the sting operation and subsequent trial is told for the first time here by the Department of Justice's attorney for the prosecution. This fascinating story reads like a crime thriller, but also offers a wealth of information that can be used by IT professionals, business managers, lawyers and academics who wish to learn how to protect systems from abuse, and who want to respond appropriately to network incidents. They also provide insight into the hacker's world and explain how their own words and actions were used against them in a court of law - the evidence provided is in the raw, uncensored words of the hackers themselves. This is a multi-layered true crime story, a real-life law and order story that explains how hackers and computer thieves operate, how the FBI takes them down, and how the Department of Justice prosecutes them in the courtroom.

Forfattere
Bibliotekernes beskrivelse Provides a case study of a large, complex, and highly technical prosecution of two Russian hackers. In this book, the materials presented offer information that can be used by IT professionals, business managers, and academics who wish to learn how to protect systems from abuse, and who wish to respond appropriately to network incidents.