The Ludicrous Laws of Old London 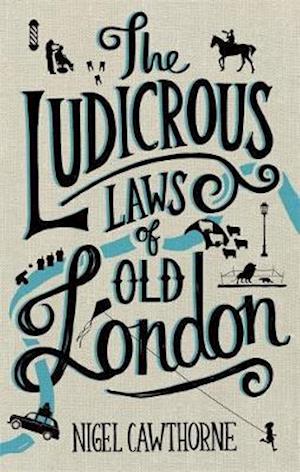 London abounds with all manner of ludicrous laws, and not all of these curious statutes have been relegated to the past. Despite the efforts of the Law Commission there are medieval laws that are still in force, and the City of London and its livery companies have their own legal oddities. Laws are made in the capital because parliament is here; so are the Old Bailey, the Law Courts, the House of Lords and, now, the Supreme Court. The privy council, which sometimes has to decide cases, also sits in London, and there were other courts that used to sit in London, from prize courts concerning war booty to ecclesiastical courts. Having maintained its 'ancient rights and freedoms' under Magna Carta, the City felt free to enact its own laws, many of which seem to have had to do with what people could wear. Until quite recently, for example, a man could be arrested for walking down the street wearing a wig, a robe and silk stockings - unless he was a judge. And all human folly has been paraded through the law courts of London, to the extent that it is difficult to know where the serious business of administering justice ends and where farce begins. As law is made in the courtroom as well as in parliament and elsewhere, judges like to keep a firm hand, but sometimes so-called jibbing juries will simply not do what they are told. All sorts of oddities get swept up into the law. Legislators particularly love to pass Acts about sex. If sexual services are being offered in a London massage parlour, for example, a police officer must then search the premises for school children. According to The Children and Young Persons Act of 1933 it is against the law for children and 'yowling persons' between the age of four and sixteen to frequent a brothel. A writ was introduced under both Edward III and Henry IV to ban lawyers from parliament as there were too many of them, the reason being that it was easier for a lawyer to spend his time in London attending parliament that it was for a knight of the shires. But because parliament was already packed with lawyers it was difficult to make any such rule stick. Then an effective way of excluding them was found. They were denied the wages paid to members in those days. Sadly, these days, parliament and the government are packed with lawyers once again. And they are being paid.A law passed in 1540 - and still in force today - makes it illegal for barbers in the City of London to practise surgery; with impeccable impartiality, the Act also forbids surgeons to cut hair. Finally, never forget that under the Vagrancy Act of 1824, you can be convicted of being 'an idle and disorderly person, or a rogue, vagabond, or incorrigible rogue'. The same act also outlaws people 'professing to tell fortunes', including 'palmistry'. Under the Act, it is an offence merely to be suspected.

Forfattere
Bibliotekernes beskrivelse An amusing look at all manner of ludicrous laws that used to govern London and in a surprising number of cases, still do