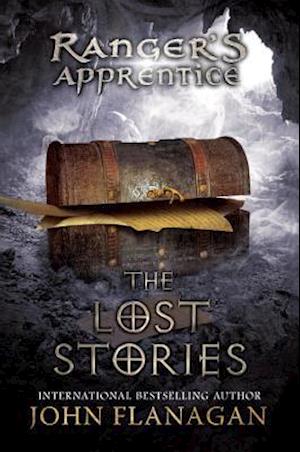 The secret history of the New York Times bestselling Ranger's Apprentice, with over 5 million copies sold in the U.S. alone Unconfirmed accounts of a group of Araluen warriors - tales of adventure, battle, and triumph over evil - have spread for centuries throughout the known world. Most notable is a clan shrouded in mystery, phantom warriors known as the Rangers. Two names pass the lips of every storyteller: Halt, and his apprentice, Will. They and their comrades in arms are said to have traveled throughout the kingdom and beyond its borders, protecting those who needed it most. If true, these rumors can be only part of the story. Only now, centuries after these men and women walked the earth, do we have confirmation of their existence. Behold The Lost Stories, Book 11 in the Ranger's Apprentice epic. Perfect for fans of J.R.R. Tolkien's Lord of the Rings, T.H. White's The Sword in the Stone, Christopher Paolini's Eragon series, and George R. R. Martin's Game of Thrones / A Song of Ice and Fire series.

Forfattere
Bibliotekernes beskrivelse Inspired by questions and letters his loyal readers have sent over the years, Flanagan offers a gift in response: a collection of "lost" tales that fill in the gaps between Ranger's Apprentice novels. For the first time, readers can learn the truth behind how Will came to be orphaned and what his real relationship to Halt is.