- The Enduring Conflict between America and Al-Qaeda 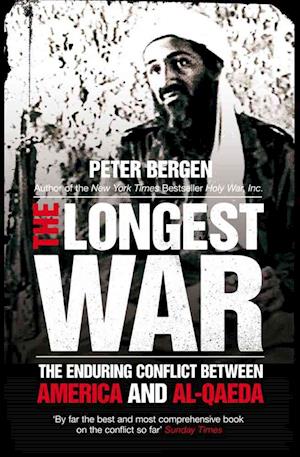 In The Longest WarPeter Bergen offers a comprehensive history of the war on terror and its evolution, from the strategies devised in the wake of the 9/11 attacks to the fighting in Afghanistan, Pakistan, and beyond. Unlike any other book on this subject, Bergen tells the story of this shifting war's failures and successes from both the perspective of the United States and al-Qaeda and its allies. He goes into the homes of al-Qaeda members, rooting into the source of their devotion to terrorist causes, and he spends time in the offices of the major players shaping the U.S. strategic efforts in the region. At a time when many are frustrated or fatigued with what has become an enduring multigenerational conflict, this book will provide an illuminating narrative that not only traces the arc of the fight, but projects its likely future. At a critical moment in world history The Longest Warprovides the definitive account of the ongoing battle against terror.