The Long Reach of the Sixties

- LBJ, Nixon, and the Making of the Contemporary Supreme Court 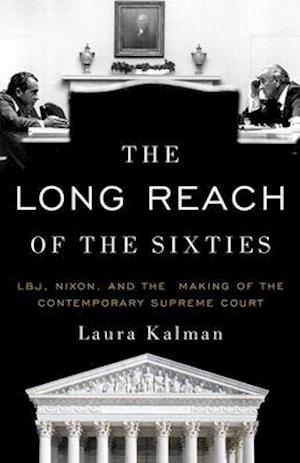 Advances in Agronomy continues to be recognized as a leading reference and a first-rate source for the latest research in agronomy. As always, the subjects covered are varied and exemplary of the myriad of subject matter dealt with by this long-running serial.The Warren Court of the 1950s and 1960s was the most liberal in American history. Yet within a few short years, new appointments redirected the Court in a more conservative direction, a trend that continued for decades. However, even after Warren retired and the makeup of the court changed, his Court cast a shadow that extends to our own era. In The Long Reach of the Sixties, Laura Kalman focuses on the late 1960s and early 1970s, when Presidents Johnson and Nixon attempted to dominate the Court and alter its course. Using newly released-and consistently entertaining-recordings of Lyndon Johnson's and Richard Nixon's telephone conversations, she roots their efforts to mold the Court in their desire to protect their Presidencies. The fierce ideological battles-between the executive, legislative, and judicialbranches-that ensued transformed the meaning of the Warren Court in American memory. Despite the fact that the Court's decisions generally reflected public opinion, the surrounding debate calcified the image of the Warren Court as activist and liberal. Abe Fortas's embarrassing fall and Nixon's campaign against liberaljustices helped make the term "activist Warren Court" totemic for liberals and conservatives alike. The fear of a liberal court has changed the appointment process forever, Kalman argues. Drawing from sources in the Ford, Reagan, Bush I, and Clinton presidential libraries, as well as the justices' papers, she shows how the desire to avoid another Warren Court has politicized appointments by an order of magnitude. Among other things, presidents now almost never nominate politicians as Supreme Court justices (another response to Warren, who had been the governor of California). Sophisticated,lively, and attuned to the ironies of history, The Long Reach of the Sixties is essential reading for all students of the modern Court and U.S. political history.

Forfattere
Bibliotekernes beskrivelse Presents reviews on agronomy issues.In The Long Reach of the Sixties, legal historian Laura Kalman explores the Supreme Court nomination and confirmation battles of the late 1960s and early 1970s and shows how they have haunted-indeed, scarred-the Supreme Court appointments process ever since. 31 illus.