The Long Peace of East Asia 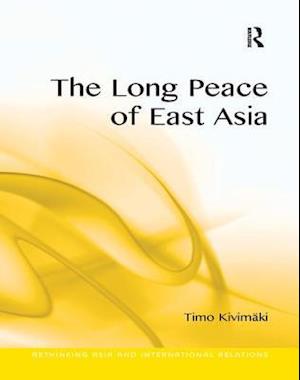 The annual number of battle deaths from interstate and intra-state conflicts in East Asia has declined by 95% since 1979. During the past three decades, East Asia has been more peaceful than Europe, the Americas or any continent, in terms of battle deaths per capita. When generating theories on peace and war, studies almost never look at the experiences of East Asia. Yet the region by focusing on a commitment to development, is a social reality that is less paranoid, less militaristic and more cooperative. Since 1979 there has been a commonly accepted rule to keep domestic issues domestic so that external military interference, that often caused the majority of battle deaths, was not needed. Thus the emergence of the long peace of East Asia is historically specific, and cannot be generalized by studying objective, material conditions independent of common perceptions and common interpretations. This does not mean that the East Asian experience is not relevant for other regions in the world, but that generalizations should not be attempted to be drawn from the material conditions, but rather from the lived experience and socially constructed realities of East Asia. Since East Asia is a spectacular case of pacification, and since it has not contributed much to our theories of peace and conflict, The Long Peace of East Asia is an important book for studies on peace and war.