The Long Day of Revenge 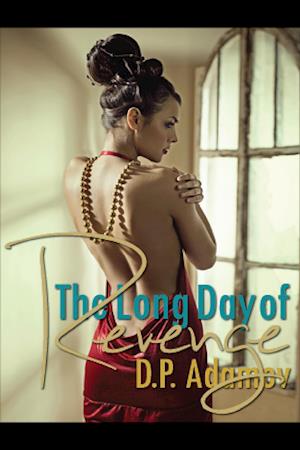 The Long Day of Revenge is like no erotic novel ever written. The creation of newcomer, D.P. Adamov, this story of Manolo Garza boils down to a dramatic bullfight in the border town of Nogales, Mexico, where his life comes to a climax that could be fatal. He faces a bull named Gaditano he has been obsessed with killing, ever since an encounter three years before on a ranch that nearly left for dead. He faces his own sexual desires and a fixation with discipline that has cost him his marriage. He faces a final battle with himself and not just the elements. His long planned Day of Revenge could be his last. His only hope is a message from dreams, where a gypsy woman has predicted they way to avoid his fate. "In the midst of death, you must find life." In the bullring, Garza reigns supreme, but away form the circle of sand his life is a disaster. Torn between his fascination with a Nogales prostitute who allows him to fulfill every fetish he holds dear and a wife who reluctantly endures spanking after spanking to satisfy his desires until he can take no more, Manolo sees his world crumble before him. The love triangle threatens to expand and explode, possibly destroying all three participants. Garza seems convinced that after his Long Day of revenge, where he in fact kills Gaditano, he will be able to regain his life and sanity. From there, he will be able to set right all the damage he has done to those around him? But will he live long enough? There are no guarantees Gaditano will allow him to escape unpunished.