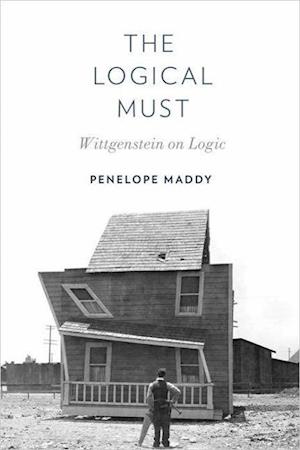 The Logical Must is an examination of Ludwig Wittgenstein's philosophy of logic, early and late, undertaken from an austere naturalistic perspective Penelope Maddy has called "Second Philosophy." The Second Philosopher is a humble but tireless inquirer who begins her investigation of the world with ordinary perceptual beliefs, moves from there to empirical generalizations, then to deliberate experimentation, and eventually to theory formation andconfirmation. She takes this same approach to logical truth, locating its ground in simple worldly structures and our knowledge of it in our basic cognitive machinery, tuned by evolutionary pressures to detect those structures where they occur. In his early work Tractatus Logico-Philosophicus, Wittgenstein also links the logical structure of representation with the structure of the world, but he includes one key unnaturalistic assumption: that the sense of our representations must be given prior to-independently of-facts about how the world is. When that assumption is removed, the general outlines of the resulting position come surprisingly close to the Second Philosopher's roughly empirical account. In his later discussionsof logic in Philosophical Investigations and Remarks on the Foundations of Mathematics, Wittgenstein also rejects this earlier assumption in favor of a picture that arises in the wake of the famous rule-following considerations. Here Wittgenstein and the Second Philosopher operate in even closerharmony-locating the ground of our logical practices in our interests, our natural inclinations and abilities, and very general features of the world-until the Second Philosopher moves to fill in the account with her empirical investigations of the world and cognition. At this point, Wittgenstein balks, but as a matter of personal animosity rather than philosophical principle.

Forfattere
Bibliotekernes beskrivelse The Logical Must is an examination of Wittgenstein's philosophy of logic, early and late, from an austere naturalistic perspective called "Second Philosophy." 1 illus.