An Analysis of Homi K. Bhabha's The Location of Culture 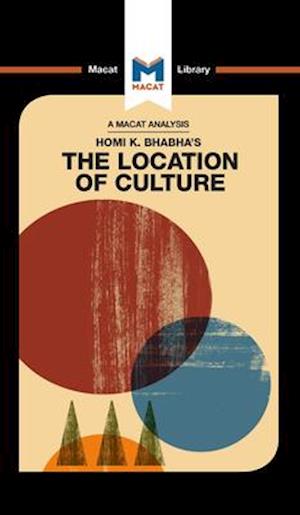 Homi K. Bhabha's 1994 The Location of Culture is one of the founding texts of the branch of literary theory called postcolonialism. While postcolonialism has many strands, at its heart lies the question of interpreting and understanding encounters between the western colonial powers and the nations across the globe that they colonized. Colonization was not just an economic, military or political process, but one that radically affected culture and identity across the world. It is a field in which interpretation comes to the fore, and much of its force depends on addressing the complex legacy of colonial encounters by careful, sustained attention to the meaning of the traces that they left on colonized cultures. What Bhabha's writing, like so much postcolonial thought, shows is that the arts of clarification and definition that underpin good interpretation are rarely the same as simplification. Indeed, good interpretative clarification is often about pointing out and dividing the different kinds of complexity at play in a single process or term. For Bhabha, the object is identity itself, as expressed in the ideas colonial powers had about themselves. In his interpretation, what at first seems to be the coherent set of ideas behind colonialism soon breaks down into a complex mass of shifting stances - yielding something much closer to postcolonial thought than a first glance at his sometimes dauntingly complex suggests.

Forfattere
Bibliotekernes beskrivelse In his 1994 collection of essays The Location of Culture, Bhabha investigates concepts such as `hybridity' (ideas being informed by all the cultures with which they have contact) and `mimicry' (adopting ideas from other cultures) to express a postcolonial world in which we are all `in between' cultures.