The Lives of Dalhousie University: Volume I 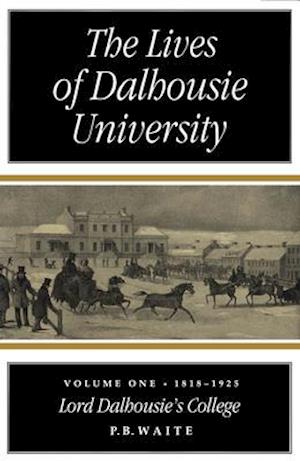 Financed by British spoils from eastern Maine in the War of 1812, modelled on the University of Edinburgh, and shaped by Scottish democratic education tradition, Dalhousie was unique among Nova Scotia colleges in being the only liberal, nonsectarian institution of higher learning. Except for a brief flicker of life (1838-43), for the first forty-five years no students or professors entered Dalhousie's halls a reflection in part of the intense religious loyalties embedded in Nova Scotian politics. The college building itself was at different times a cholera hospital and a Halifax community centre. Finally launched in 1863 and by 1890 embracing the disciplines of law and medicine, Dalhousie owed its driving force to the Presbyterians, retaining a double loyalty to their ethos of hard work and devotion to learning and to a board, staff, and student body of mixed denominations. P.B. Waite enlivens his descriptions of the life of the university with evocative portrayals of governors, professors, and students, as well as sketches of the social and economic development of Halifax. A welcome addition to the histories of Canadian universities, this volume and its forthcoming companion, dealing with the years 1925 to 1980, contribute significantly to our knowledge of the sometimes bitter internecine struggles that accompanied the development of higher education in Canada. "Everywhere is evident the deft turn of phrase, the captivating descriptions, the beautifully drawn word pictures that do much to enliven and illuminate the story ... It possesses many strengths, including clarity and liveliness, and tells us much about Dalhousie as an institution of buildings, presidents, and professors." B. Moody, Department of History, Acadia University.

Forfattere
Bibliotekernes beskrivelse In an engaging, often elegant style, this first volume of a two-volume narrative history of Dalhousie University chronicles the years from the founding of the university in 1818 by the ninth Earl of Dalhousie to the movement for university federation in 1921-25.