The Liturgy of Love

- Images from the "Song of Songs" in the Art of Cimabue, Michelangelo, and Rembrandt 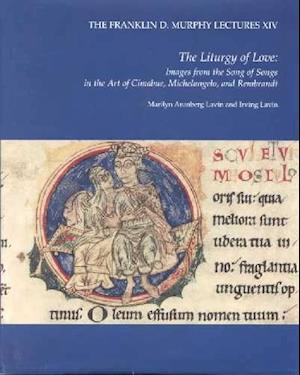 Three essays explore three great masterworks of European art that visualize the relationship between spiritual and physical love expressed passionately and graphically in the biblical Song of Songs. Marilyn Aronberg Lavin writes on Cimabue's vast fresco cycle of the Virgin in the apse of San Francesco in Assisi, at the threshold of the Renaissance, where the Franciscan belief in the bodily Assumption is couched in terms of the Old Testament love poem. Irving Lavin demonstrates how the invocation of love in the Song of Songs molded the form of Michelangelo's Medici Madonna as well as his concept for the entire design and meaning of the Medici mortuary chapel in San Lorenzo, Florence. Writing together, the Lavins reveal the generative power of biblical fulfillment in Rembrandt's famous portrayal of a loving couple, called The Jewish Bride.Marilyn Aronberg Lavin is known for her fundamental work on the history of mural decoration in the churches of Italy, and is the recipient of the coveted Morey Award for Distinguished Scholarship from the College Art Association. Irving Lavin, Professor in the School of Historical Studies, Institute of Advanced Study, Princeton, NJ, is best known for his work on the Italian Baroque sculpture Gianlorenzo Bernini, but his publications range over a wide span of Western art, from Late Antiquity to Jackson Pollock.