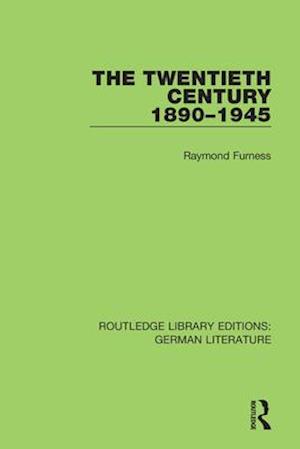 Originally published in 1978, this study presents a detailed analysis of the major literary movements in Austria and Germany from the end of the nineteenth century to the collapse of the Third Reich. It examines the plethora of literary genres which marked the transition from the nineteenth to the twentieth century: the short-lived Naturalist movement rapidly giving way to various forms of symbolism and neo-romanticism. The situation in Vienna is studied in detail; the concept of modernism vis-a-vis expressionism with special regard to Rilke and Kafka. The literature of the Weimar period is also analysed, with emphasis on the symphonic novels of the time and the anti-illusionist devices of Brecht. It also draws a comparison between the literary situation in Nazi Germany and the literature of exile, and the positions of Thomas and Heinrich Mann, Brecht and Gottfried Benn are examined.