The Limits of Rationality 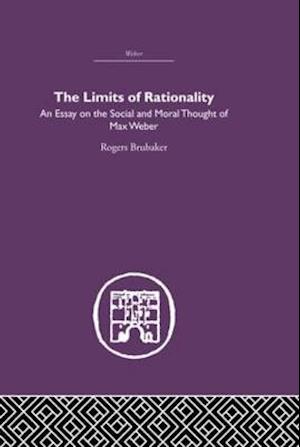 In The Limits of Rationality Rogers Brubaker explores the intimate and ambiguous interplay between Max Weber's empirical work and his moral vision, between his historical and sociological analysis of the 'specific and peculiar rationalism' of modern Western civilization and his deeply ambivalent moral response to that rationalism. Weber's ideas about rationality are central to his sociological work, and they are central to his moral perspective. But these ideas are neither easily accessible nor easily understandable, in part because Weber never systematized them, in part because his work is usually encountered piecemeal and seldom studied in its entirety. Brubaker reconstructs Weber's rich but fragmented discussion of rationalism and rationalization in a systematic fashion, thereby illuminating his empirical and moral diagnosis of modernity - a diagnosis that remains unsurpassed in pathos and anyalytical power.