The Limits of Eroticism in Post-Petrarchan Narrative

indgår i serie CAMBRIDGE STUDIES IN RENAISSANCE LITERATURE AND CULTURE 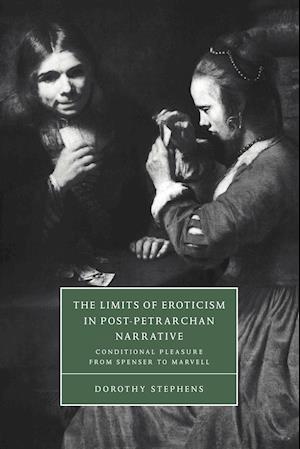 Although theories of exploitation and subversion have radically changed our understanding of gender in Renaissance literature, to favour only those theories is to risk ignoring productive exchanges between 'masculine' and 'feminine' in Renaissance culture. 'Appropriation' is too simple a term to describe these exchanges - as when Petrarchan lovers flirt dangerously with potentially destructive femininity. Spenser revises this Petrarchan phenomenon, constructing flirtations whose participants are figures of speech, readers or narrative voices. His plots allow such exchanges to occur only through conditional speech, but this very conditionality powerfully shapes his work. Seventeenth-century works - including a comedy by Jane Cavendish and Elizabeth Brackley, and Upon Appleton House by Andrew Marvell - suggest that the civil war and the upsurge of female writers necessitated a reformulation of conditional erotics.