The Lights that Failed 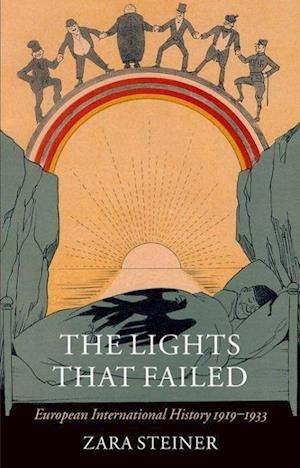 Depression is one of the most common mental health problems in adolescence. Up to 20% of adolescents suffer from depression at some point in their lives. As well as being a chronic disorder, associated with significant and persistent impairment in everyday life, there is also a strong association between depression and suicidal behavior, making depression a significant burden for both the individual, and society as a whole. In response to a growing awareness ofthis problem, various prevention and intervention programs have been developed. In addition, a large number of studies have examined the effectiveness of these interventions for depression. This timely, comprehensive, and authoritative volume brings together an eminent group of international experts to provide an overview of the major evidence-based treatments for depression in adolescents. This volume is divided into five sections. The first section presents an introduction to the field of adolescent depression, including classification, epidemiology, comorbidity, course, and risk of depression in adolescents. Sections two to four focus on various psychological andpharmacological interventions for adolescent depression, from various theoretical orientations. Each of the chapters in these sections begins with a description of the theoretical background of the respective intervention programs, the therapeutic goals and methods, and the way in which the interventions aredelivered. In addition, studies that examined the effectiveness and their mechanisms of action are also presented and discussed. Section 5 examines the progress and unresolved issues in the treatment of adolescent depression, providing some recommendations for future studies in this field.The book will be valuable for advanced students, researchers, and clinicians in the fields of psychology, psychiatry, social work, paediatrics, and counselling.The peace treaties represented an almost impossible attempt to solve the problems caused by a murderous world war. In The Lights that Failed: European International History 1919-1933, part of the Oxford History of Modern Europe series, Steiner challenges the common assumption that the Treaty of Versailles led to the opening of a second European war. In a radically original way, this book characterizes the 1920s not as a frustrated prelude to a second global conflictbut as a fascinating decade in its own right, when politicians and diplomats strove to re-assemble a viable European order. Steiner examines the efforts that failed but also those which gave hope for future promise, many of which are usually underestimated, if not ignored. She shows that anequilibrium was achieved, attained between a partial American withdrawal from Europe and the self-imposed constraints which the Soviet system imposed on exporting revolution. The stabilization painfully achieved in Europe reached it fragile limits after 1925, even prior to the financial crises that engulfed the continent. The hinge years between the great crash of 1929 and Hitler's achievement of power in 1933 devastatingly altered the balance between nationalism and internationalism. Thiswide-ranging study helps us grasp the decisive stages in this process. In a second volume, The Triumph of the Night Steiner will examine the immediate lead up to the Second World War and its early years.

Forfattere
Bibliotekernes beskrivelse Depression is one of the most common mental health problems in adolescence. Up to 20% of adolescents suffer from depression at some point in their lives. This comprehensive and authoritative book brings together a group of international experts to provide an overview of the major evidence-based treatments for depression in adolescents.Challenging the common assumption that the Treaty of Versailles led to the opening of a second European war, this book provides an analysis of the attempts to reco Numerous maps and tables