The Lifetimes When Jesus and Buddha Knew Each Other

- A History of Mighty Companions 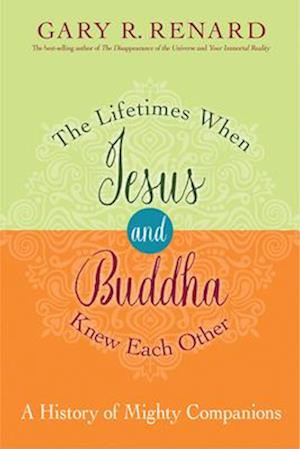 In this tradepaper edition of the standalone companion to Gary Renard's best-selling trilogy, Ascended Masters Arten and Pursah relate the stories of the multiple shared lifetimes of the reincarnations of Jesus and Buddha. Revelations about the universe, A Course in Miracles, and the lessons in Jesus and Buddha's spiritual development will aid your own path to enlightenment. Two and a half decades ago, Ascended Master Teachers Arten and Pursah appeared to Gary Renard and held a series of conversations with him that elaborated on the teachings of two spiritual classics, The Gospel of Thomas and A Course in Miracles. Gary immortalized what he learned in the books of his best-selling series: The Disappearance of the Universe, Your Immortal Reality, and Love Has Forgotten No One. This fourth book is a companion to the original trilogy, yet written to stand alone, an invitation for new readers into this fascinating work. This book explores six of the lifetimes in which the incarnations of Jesus and Buddha lived together, beginning in 700 B.C. when they were known as Saka and Hiroji. Arten and Pursah, through the spiritual lessons that Jesus and Buddha learn on their path, clarify the difference between duality and non-duality. When you are able to internalize these lessons, you will be saved countless years in your spiritual development.