The Life of Wisdom

indgår i serie Introductions to Religion 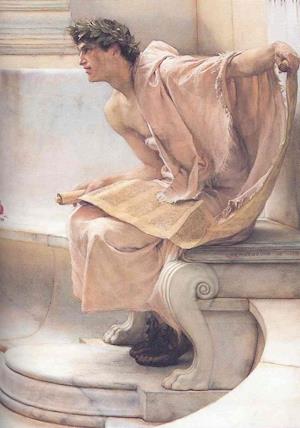 In "The Life of Wisdom", Alan Brown offers a clear and boldly revisionist exposition of the relationship between Christianity and the classical philosophy of antiquity, with a view to making some important points about the nature of the philosophical task today. Taking issue with the understanding both of philosophy and of Christianity by certain secular humanists, Brown shows - in a similar vein to Alain de Botton in his book "The Consolations of Philosophy" - that in antiquity philosophy was never an abstracted activity but was actually about determining the good and valuable in life, and was therefore at bottom pragmatic. For Brown, Christianity (which is also, and above all, concerned with value and the good life) did not graft its philosophy on to its religious beliefs as some sort of adjunct, from elsewhere, but is intrinsically philosophical in a unique sense.Contra secular philosophers like A C Grayling and Simon Blackburn, who view Christianity as philosophically impoverished, there is no meaningful distinction, then, between 'religious belief' and 'philosophical reason', since, like its classical counterparts, early Christianity was a distinct philosophy in its own right. And since Christian philosophy was apocalyptic in character, and looked to the future, it resisted the notion of absolute certainty in the present. For Brown, therefore, a true understanding of the nature of Christian philosophy has much to tell us about the fundamentally liberal and anti-authoritarian character of Christianity (an insight that has considerable present-day resonance in the light of recent fundamentalist attempts to re-position the churches according to a more conservative agenda).In arguing this fascinating case, the author provides a very clear survey of the main schools of classical philosophy and their influence on early Christianity (free from the sorts of conceptual overlays into which both are usually forced), which will be of great value to students of the philosophy of antiquity - whether from the standpoint of classics or religious studies - who want to gain an accurate and well-informed sense of the main strands of philosophical thinking in the classical and Hellenistic worlds. "The Life of Wisdom" is thus both readable introductory textbook and stimulating philosophical essay, which puts a remarkable new perspective on the origins and contemporary meanings of Christian philosophy.

Forfattere
Bibliotekernes beskrivelse Offers a revisionist exposition of the relationship between Christianity and the classical philosophy of antiquity, with a view to making some important points about the nature of the philosophical task. This work puts a fresh perspective on the origins and contemporary meanings of Christian philosophy.