The Life of William Thomson, Baron Kelvin of Largs 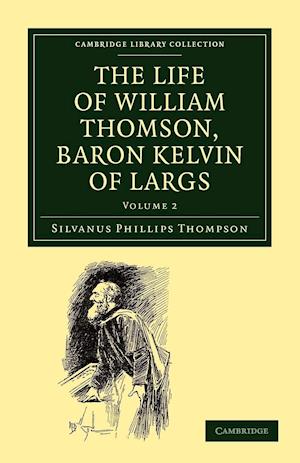 The mathematician and physicist William Thomson, 1st Baron Kelvin, (1824-1907) was one of Britain's most influential scientists, famous for his work on the first and second laws of thermodynamics and for devising the Kelvin scale of absolute temperature. Silvanus P. Thompson (1851-1916) began this biography with the co-operation of Kelvin in 1906, but the project was interrupted by Kelvin's death the following year. Thompson, himself a respected physics lecturer and scientific writer, decided that a more comprehensive biography would be needed and spent several years reading through Kelvin's papers in order to complete these two volumes, published in 1910. Volume 2, beginning in 1871, covers not only Kelvin's mature research, but also more personal aspects of his life, including his love of music and sailing, his experiments with compasses and navigation, and the relationship between his scientific discoveries and his religious beliefs.