The Life of Reginald Heber, D.D., Lord Bishop of Calcutta

- With Selections from his Correspondence, Unpublished Poems, and Private Papers; Together with a Journal of his Tour in Norway, Sweden, Russia, Hungary and Germany, and a History of the Cossaks (Volume 2) 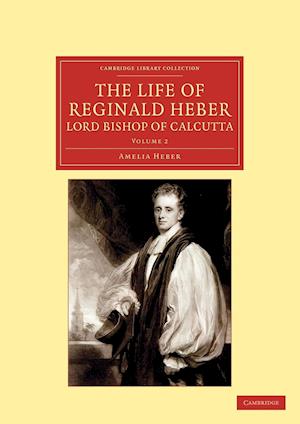 Reginald Heber (1783-1826), had long been interested in the Church of England's overseas missions when he was appointed second Bishop of Calcutta in 1823. The diocese had been established only in 1814, and included India, Southern Africa and Australia; Heber's short episcopate involved much travelling around his scattered flock. His widow, Amelia published his Sermons and Narrative of a Journey through the Upper Provinces of India (also available in this series), before writing this two-volume biography, published in 1830 and also containing previously unpublished writings by Heber. Volume 2 begins in 1820 and describes Heber's time as Bishop, focusing especially on his travels and the difficulties he encountered. Heber was unusually sympathetic towards the Indian people, and worked closely with other religious leaders; he was also willing to see failings in British rule. An appendix includes letters and poems, and tributes by others, including Southey and Mrs Hemans.

Forfattere
Bibliotekernes beskrivelse Reginald Heber (1783-1826), Bishop of Calcutta from 1823 to 1826, spent his episcopate travelling widely throughout India. His widow published this two-volume biography in 1830, as well as editions of his sermons and journals. Volume 2 covers the Indian years, and includes poems and other unpublished documents and letters. 2 Plates, black and white