The Life of Nelson: The Embodiment of the Sea Power of Great Britain 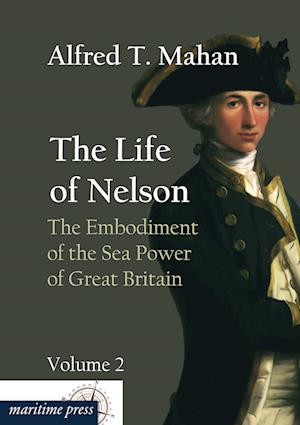 Horatio Nelson is the most famous seaman in British history. Many books about him have appeared until today but the study of Alfred Thayer Mahan, published in 1897, is still one of the best written pieces and a standard work in the field of Nelson's biography research. It was part of Mahan's seapower studies and contains Nelson's impressive life story as well as Mahan's own view on naval strategy and warfare tactics.

»It is essential to the completeness and rounding off of the author's discussion of the Influence of Sea Power, that he present a study, from his own point of view, of the one man who in himself summed up and embodied the greatness of the possibilities which Sea Power comprehends, - the man for whom genius and opportunity worked together, to make him the personification of the Navy of Great Britain.«

Alfred Thayer Mahan (1840-1914) was a US Navy officer and author of influential marine history and strategy books. His work »The Influence of Sea Power upon History«, published in 1890, established the modern US Navy doctrine of maritime predominance: the higher the naval power of a country, the greater its global impact. Mahan's concepts of naval war tactics were adapted by many navies all over the world.