The Life of Gian Lorenzo Bernini

- A Translation and Critical Edition, with Introduction and Commentary, by Franco Mormando 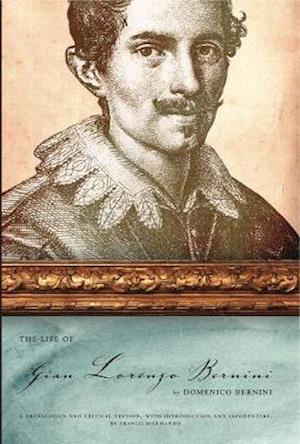 Gian Lorenzo Bernini (1598-1680), sculptor, architect, painter, and playwright, was the most influential artist of seventeenth-century Rome and, indeed, one of the leading creative forces in European art for most of that century. He is universally recognized as one of the creators of the vastly popular Roman Baroque style, which was quickly disseminated throughout all of Europe. His influence lasted well beyond his death, and the popularity of his numerous works-fountains, statues, churches, and public squares-is today as great as it was during his own lifetime, if not more so. Domenico Bernini (1657-1723) was the artist's youngest child. Domenico's full-length biography of his famous father represents one of the most important and most intimate primary sources for the artist's life and work. In this edition, Franco Mormando presents the first critical translation in any language of the complete Italian text, together with annotated translations of two other significant but brief biographical sketches. Mormando provides a lengthy Introduction that closely examines the author and his career, his editorial agenda and critical reception, Baroque biography as a literary genre, the other extant primary sources, and the artistic vocabulary of early modern Europe, among other relevant topics. Extensive commentary accompanies and illuminates the text from a multiplicity of historical, linguistic, and cultural perspectives. This edition is, in effect, a one-volume encyclopedia on the artist's life and work. As such, it stands alone within the immense bibliography of Bernini scholarship.

Forfattere
Bibliotekernes beskrivelse A critical translation of the unabridged Italian text of Domenico Bernini's biography of his father, seventeenth-century sculptor, architect, painter, and playwright Gian Lorenzo Bernini (1598-1680). Includes commentary on the author's data and interpretations, contrasting them with other contemporary primary sources and recent scholarship.