The Life, Music and Thought of Woody Guthrie 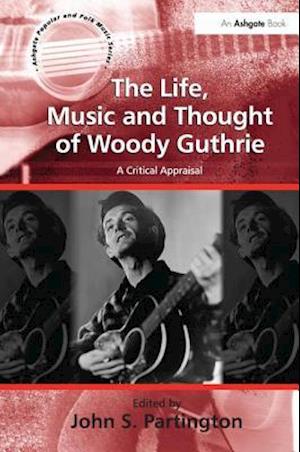 Woodrow Wilson Guthrie (1912-67) has had an immense impact on popular culture throughout the world. His folk music brought traditional song from the rural communities of the American southwest to the urban American listener and, through the global influence of American culture, to listeners and musicians alike throughout Europe and the Americas. Similarly, his use of music as a medium of social and political protest has created a new strategy for campaigners in many countries. But Guthrie's music was only one aspect of his multifaceted life. His labour-union activism helped embolden the American working class, and united such distinct groups as the rural poor, the urban proletariat, merchant seamen and military draftees, contributing to the general call for workers' rights during the 1930s and 1940s. As well as penning hundreds of songs (both recorded and unrecorded), Guthrie was also a prolific writer of non-sung prose, writing regularly for the American communist press, producing volumes of autobiographical writings and writing hundreds of letters to family, friends and public figures. Furthermore, beyond music Guthrie also expressed his creative talents through his numerous pen-and-ink sketches, a number of paintings and occasional forays into poetry. This collection provides a rigorous examination of Guthrie's cultural significance and an evaluation of both his contemporary and posthumous impact on American culture and international folk-culture. The volume utilizes the rich resources presented by the Woody Guthrie Foundation.

Forfattere
Bibliotekernes beskrivelse Woodrow Wilson Guthrie (1912-1967) has had an immense impact on popular culture throughout the world. This title provides an examination of Guthrie's cultural significance and an evaluation of both his contemporary and posthumous impact on American culture and international folk-culture.