The Life and Writings of Frederick Douglass, Volume 2

indgår i serie The Life an Writing of Frederick Douglass 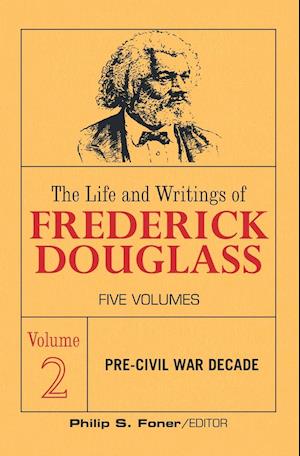 Outstanding leader of the Negro people in the century and one of the most brilliant minds of his time, Frederick Douglass spoke and wrote on all the major issues confronting the American people during his lifetime. "The Pre-Civil War Decade," second of five volumes of his collected works, brings together for the first time his writings and speeches during this important and turbulent period. In addition to his editor, Dr. Philip S. Foner has written a full-length, authoritative biography of Douglass.

Douglass' crusade against slavery, the strategy and tactics of the Abolitionist movement, the Kansas-Nebraska Act, the life and death of John Brown, the founding of the Republican Party and the elections of 1852 and 1860 are among the subjects Douglass analyzed so incisively during this period.