The Life and Visions of St. Hildegarde 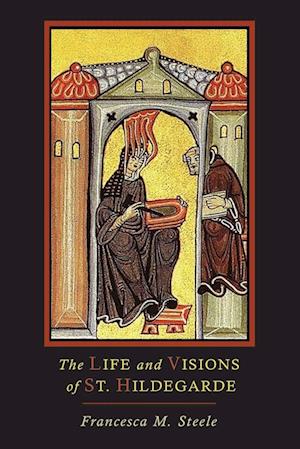 2013 Reprint of 1914 Edition. Exact facsimile of the original edition, not reproduced with Optical Recognition Software. Saint Hildegard of Bingen (1098-1179), also known as Saint Hildegard, and Sibyl of the Rhine, was a German writer, composer, philosopher, Christian mystic, Benedictine abbess, visionary and polymath. She wrote theological, botanical and medicinal texts, as well as letters, liturgical songs, and poems, while supervising brilliant miniature illuminations. In addition to her music, Hildegard also wrote three books of visions, the first of which, her Scivias ("Know the Way"), was completed in 1151. Liber vitae meritorum ("Book of Life's Merits" or "Book of the Rewards of Life") and Liber divinorum operum ("Book of Divine Works", also known as De operatione Dei, "On God's Activity") followed. In these volumes, the last of which was completed when she was about 75, Hildegard first describes each vision, then interprets them through Biblical exegesis. Hildegard has also become a figure of reverence within the contemporary New Age movement, mostly due to her holistic and natural view of healing, as well as her status as a mystic.