The Life and Travels of Saint Cuthwin 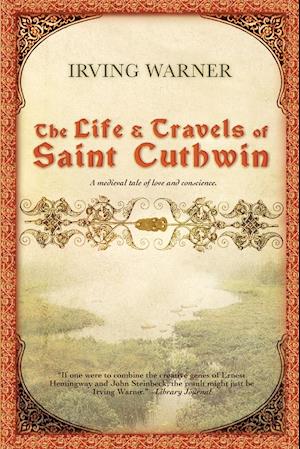 This novel is a virtual time machine that takes the reader back to 11th century England-- the time of Saxon domination before and after the disastrous Battle of Hastings in 1066.

Step directly into the footsteps of Cuthwin of Alnwick. There are few "great men or women" in this historical novel, but instead the story of an ordinary man and his wife who work to survive.

Cuthwin, who dictates his story around his 85th year of life, scrupulously avoided people of great power and standing. As he told his wife, the fiery Cwenburh, "such folk as we, are pebbles and dirt under heavy merciless wheels of great men and women."

So, follow the real medieval life, and not that of fantasy and privilege. Via the combination of conscientious research and robust storytelling, "Cuthwin" is a historical novel dealing respectfully with its period and people.

For accurate historical information about that time, and other inquiries, please visit: cuthwinandcwenburh.com