The Life and Times of a Very British Man 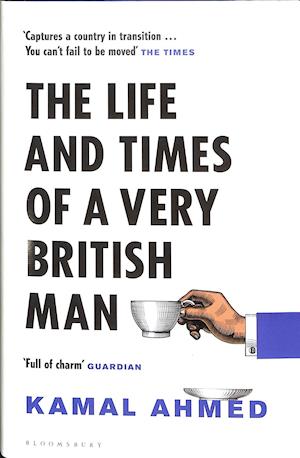 A revealing, honest and often comic coming-of-age story about growing up in 1970s Britain on the boundaries of race'Full of charm' GUARDIAN'You can't fail to be moved' THE TIMES'Sparky, accessible and stimulating' OBSERVER'Brilliant' EVENING STANDARDKamal Ahmed's childhood was very 'British' in every way - except for the fact that he was brown. Half English, half Sudanese, he was raised in 1970s London at a time when being mixed-race meant being told to go home, even when you were born just down the road.The Life and Times of a Very British Man makes the case for a new conversation about race in Britain through personal stories, political analysis and passionate belief in the ultimate good of this country - white, black and brown. Kamal recounts the extraordinary circumstances that led to his father, a proud Sudanese scientist, marrying his mother, a grammar-school educated woman from Yorkshire - and the first white person he had ever met. It was a time when wearing a miniskirt was an act of social rebellion, when 'niggers' and 'coloureds' still formed part of the national lexicon and when Enoch Powell's infamous 'Rivers of Blood' speech cast a shadow over the childhood of a schoolboy in Ealing. Witty and humane, this is a modern state-of-the-nation from a man who adopted the name Neil growing up (it was better than 'camel') and went on to occupy one of the most elite positions in the British establishment. It is also a call to recognise that this very British mix is the foundation for Britain as we know it - from Linford Christie taking Olympic gold to the era-defining music of Soul II Soul - and a study of why, when we consider the often fractious debate about our identity, there are still great grounds for optimism.