The Life and Thought of H. Odera Oruka 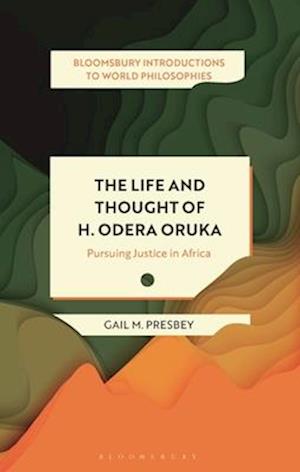 Henry Odera Oruka was one of the most influential figures in 20th-century African philosophy. During the early years of the decolonization of African countries, as universities worked to redefine themselves, Odera drove changes to curricula and research. A tireless advocate for democracy and human rights in Africa, he repeatedly intervened in the political debates of his time.This is the first critical biography of both the man himself and African philosophy in the context of changing times, taking us through his early life, scholarly training, and Oruka's way of transforming the field of philosophy as it was taught in Kenya.The narrative unfolds from the personal to the global, from Africa to the world, and from African philosophy to the wider field of philosophy. Biographical material is woven with narratives of the social conditions and live questions as they arise in Oruka's life in Kenya, Sweden, and the United States. We are introduced to his understanding of philosophy as a critique of society. Exposing prison practices in Africa and targeting capitalists, Oruka sought to remedy social problems on a global scale, from institutional racism and ethnic division to the wealth gap between rich and poor nations.Through archival material, personal interviews and primary texts, this book shines a light on Oruka's monumental contribution to African philosophy and global justice. Finally we can see how Oruka's insights are still relevant to how we think about poverty, philosophy and human rights today.