The Life and Mind of Oriental Jones 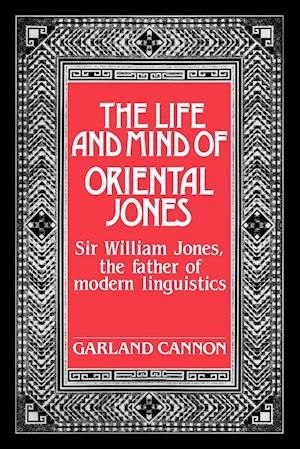 Sir William Jones is best known for his famous Third Discourse of 1786 in which he proposed that Sanskrit's affinity to Greek and Latin could be explained by positing a common, earlier source, one known today as Indo-European. This brilliant thesis of language families laid the groundwork for modern comparative linguistics. Jones's interests and achievements, however, ranged far beyond language. He studied and made contributions to astronomy, botany, history, law, literature, music, physiology, politics, and religion. He served as a Supreme Court justice in India and founded the Asiatic Society, which stimulated worldwide interest in India and the Orient. He was friends with many of the leading intellectuals of his day and corresponded with Benjamin Franklin in America and with Burke, Gibbon, Johnson, Percy, and Reynolds in Britain. In his short life he mastered so many languages that even in his own time he was regarded as a phenomenon; and so he was. Garland Cannon, editor of The Letters of Sir William Jones, has written a new definitive biography of this fascinating man, who in his life and works teaches us that the path to understanding and appreciating the art and literature of a great culture very different from our own is through devoted study, a tolerant spirit, and an unquenchably curious mind.