The Lies We Were Told 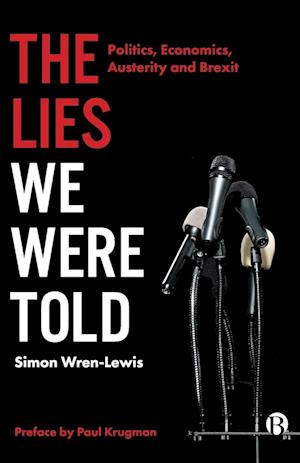 "This is a book you should read, for understanding what went wrong in the past is our only hope of doing better in the future?" - Paul Krugman, Nobel prize-winnerWhy did governments adopt austerity policies, and why were they so harmful? Why did the media largely ignore the experts who opposed these policies, and allow politicians to get away with lies? And why did voters choose Brexit when the economic consensus was that it would harm living standards? Simon Wren-Lewis, winner of the SPERI/New Statesman Prize for Political Economy, is one of Britain's most respected economists. Since 2012, his widely-read Mainly Macro blog has been an influential resource for policymakers, academics and social commentators around the world. This book presents some of his most important work, telling the story of how the damaging political and economic events of recent years became inevitable.